Major 7th chords are a 4 note chord having a root, a major third, a perfect fifth and a major 7th. They are a major triad with an added major 7th.

The practice song for this session using maj7 chords is 'Imagine' written and performed by John Lennon. 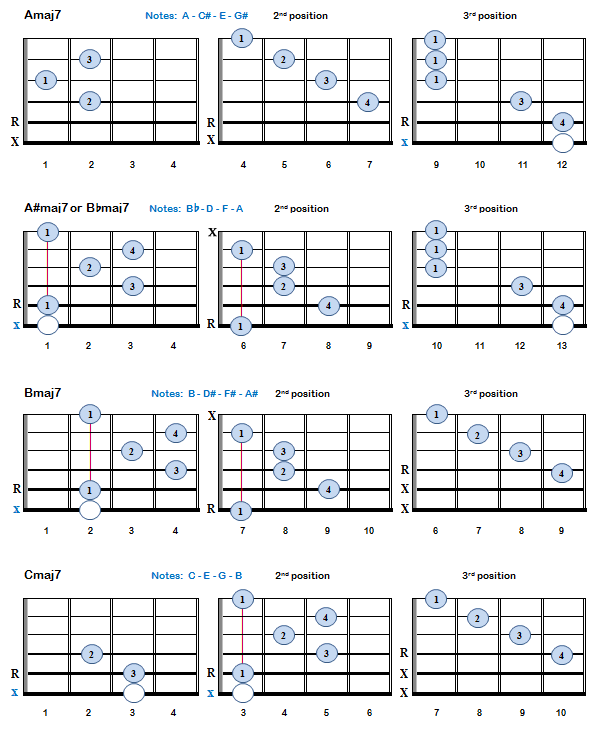 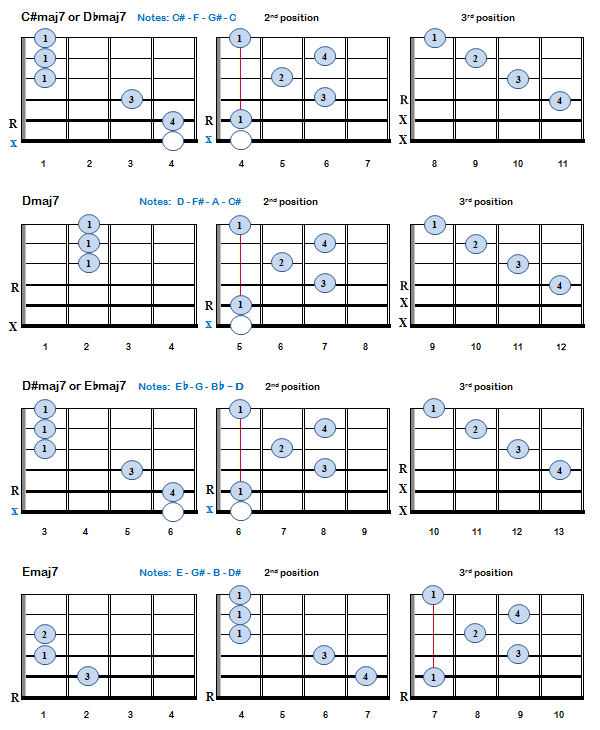 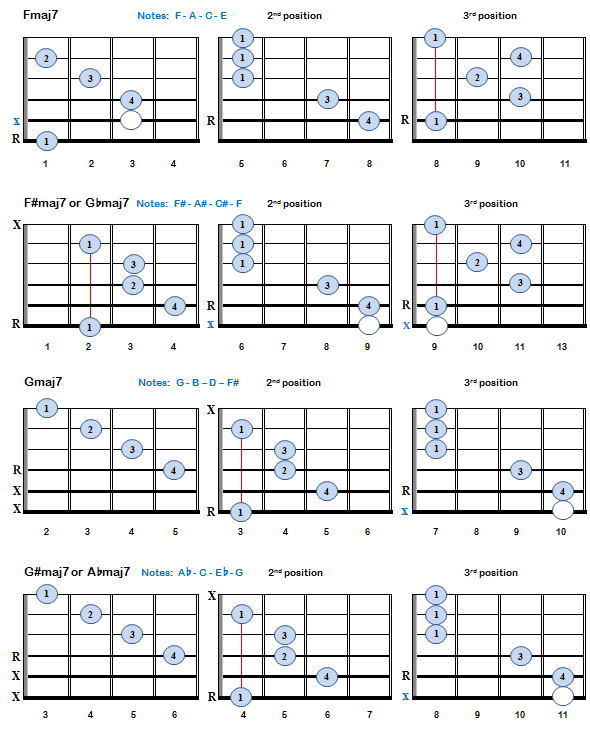 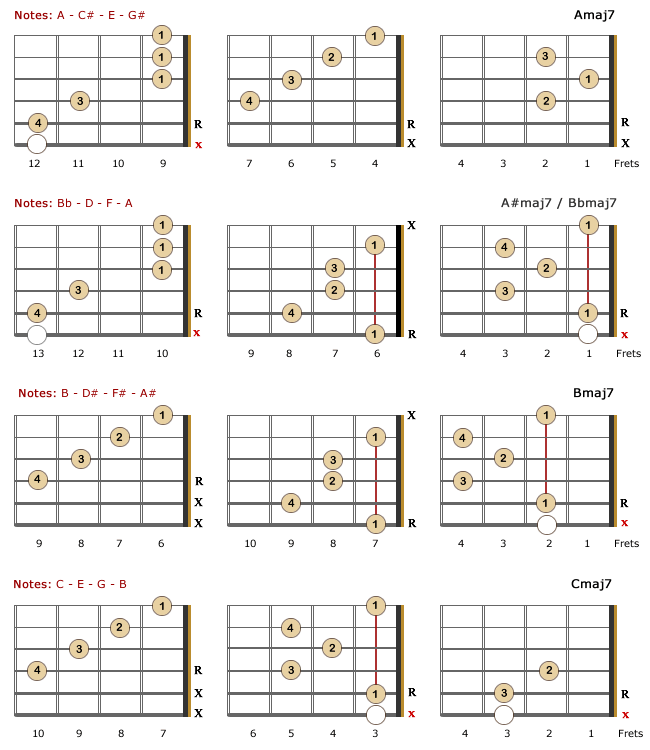 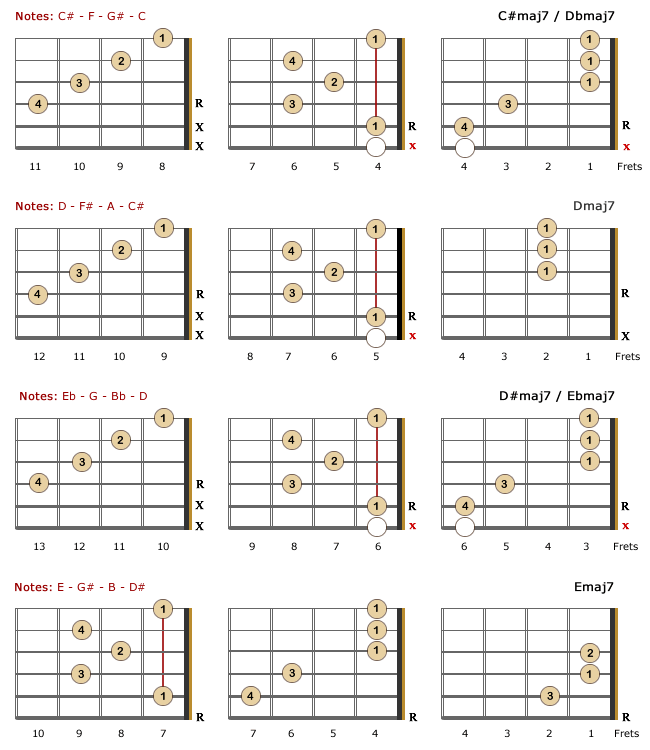 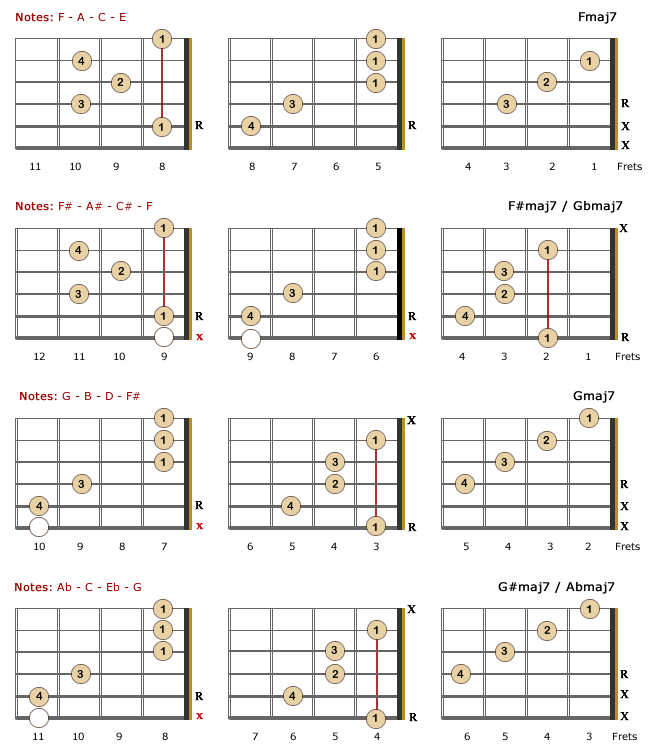