and how Bell & Co Music came to be!

I've always had a passion for music from as far back as I can remember. As a child, I spent a lot of time with my father who always whistled or sang as he went about his daily chores. I think that's where it all started for me. He would teach me songs and together we would sing whenever the opportunity arose. The following are a few examples of my journey.

At school one day at age 8, we were given violins to play. I was over the moon. Although slow at first, I practiced whenever I could and began walking around the dinner table and serenading my family while they ate. For anyone that has ever listened to a violin player who is learning, you can only imagine the look of anxiety on the faces of family members as I squeaked and squawked from one note to the next!

You could say I was obsessed with the recorder. Reflecting on it now, it still brings a smile to my face. I especially liked to practice while mum was ironing the clothes. There was always a huge pile, as I came from a family of eight.

I would always begin my practice sessions by playing all the exercises in the recorder book, starting at exercise one. I would then proceed to make my way through the book. If I made a mistake, I would go all the way back to exercise one and start again. I wanted my practice to be perfect.

Well, you can only imagine the look on my poor mothers face as I moved from one exercise to the next. I am sure she spent those two hours in a state of constant panic, hoping and praying that I would'nt make a mistake. I will never forget the expression on her face when I did... it was priceless!

After a while, I wanted something bigger to blow so I saved as much as I could till I had enough money to buy a clarinet. It was such a beautiful instrument, but so hard to play. As a youngster without a teacher to guide me, I found it very difficult. I thought I could do it, but my mouth and cheeks became so sore. As a child, I loved to 'chat', so I had to shelve the clarinet which I still have to this day.

I went back to my recorder and became quite proficient at playing it, and was even asked to play recorder as part of the orchestra in the school production of 'Oliver'. Sooooooooooo much fun. It was around this time that I taught myself to play the harmonica due to the many hours spent walking to school and back each week... relieved the boredom and walking became 'fun'.

I had an older brother who played in a band and I loved being around band practice at every opportunity. I enjoyed it so much that my brother would pay me ten cents to hold up his microphone as he didn't have a mic stand at the time. I did this for the entire band practice. Everyone thought I was crazy, but I loved it!

Many years later in my mid-teens, my brother left an acoustic guitar lying on the bed which he rarely played. I seized this opportunity and grabbed the guitar with both hands and relentlessly began to learn a few chords... I wanted to play a song by the end of the day.

Persistence is golden. By the end of the day I had played my first song on guitar. Wait for it... Banks Of The Old Ohio by Olivia Newton John. I had achieved my goal and there was no stopping me now. I had found my instrument of passion. I loved the guitar... even more than the recorder. Needless to say, my family was very pleased.

And so began my guitar education. I bought books on how to play and played song after song. As I practiced, I began to sing and began to feel very comfortable with singing and playing at the same time.

The local parish was looking for a guitarist to help with the folk masses. Avril, the band leader, was an extremely talented classical guitarist who took me under her wing and taught me a great deal. I studied two years of classical guitar under her guidance and I will treasure those moments forever.

I played folk masses for several years which led to rock masses. I enjoyed every one of them, as did the congregation. Throughout this time, I began to sing more and more and eventually led the singing during masses.

One day the parish priest asked me if I would sing at the parish dinner. Although excited, I nervously agreed as the dinner was to be held at the hotel where I had a part time job waitressing. However, I love a challenge and what better way to be challenged than doing something you are passionate about.

I organized another musician from the church who also played guitar. His name was Michael and he was a very talented player. We practiced and practiced. The night finally came and we performed - so well in fact that the owner asked us to be the resident band... and pay us!

We were so excited and had to keep pinching ourselves to make sure this was real... wow!

It was during this time that I wanted to learn more about music, so I undertook several grades of theory and classical singing. I loved mathematics growing up, so for me theory was fun and exciting. It was like doing mathematical exercises with a 'twist'. If you love mathematics, you will love music theory.

As we became more confident, our performances improved and our horizons expanded. The next step was a rock band. We went on to perform at all the popular pubs and clubs in our city and performed a combination of popular and original music.

At this time I had graduated as a teacher and was teaching during the day and singing in a rock band at night. After a while it was obvious something had to give. Sadly, it was my voice. As a lead singer working and rehearsing 2-3 nights a week followed by early mornings in the classroom, it was unsustainable. When you're young, you think you can do it all... I had to make a choice. Sing and play guitar, or teach. The choice was simple. I loved teaching but my love of music was unrelenting. I spent the next couple of years rehabilitating my voice so I could sing again.

During this time of 'no singing', I managed to find an outlet for my music. I became a DJ, and yes, I thoroughly enjoyed it. It was the 80's and disco was huge. I would dress up and sing along to the music and the crowds loved it. I was ready to sing again. A new band was formed incorporating entertainment with great music... we had a ball.

After a few years, Steve my piano player joined me and we formed a duo. We played around town at some fabulous venues and did interstate residencies at a range of hotels and venues. After a few years of doing this, I felt it was time...

Luckily for me, technology was starting to make great strides. I was able to become a solo performer with a full band sound thanks to the help of MIDI. It was a whole new learning curve, but it enabled me to produce a 'big sound' while playing guitar and singing. I became totally self-reliant and enabled me to move in any direction at my own pace.

I totally immersed myself into this 'new order' of music and would spend up to twelve hours a day programming music via midi. I had to use a keyboard for programming and a midi controller - Roland MC-500. As I was not a piano player, it took a lot longer to program songs... challenging but very enjoyable.

For the next 15 years I continued as a solo performer all over the country, entertaining at pubs, clubs and large hotel chains. It was a fantastic experience and gave me a great insight into life and music in general. 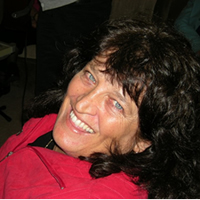 I have created Bell & Co Music to share my knowledge with everyone. I want to share some of my insights and provide helpful tools for all musicians alike - especially guitarists and anyone else beginning this amazing journey.

Countless years of singing, playing guitar and entertaining, along with sheer determination, have rewarded me with a wealth of knowledge and experience in the greatest occupation of all - MUSICIAN.

If you want to grow as a musician, take every single opportunity that presents itself in any musical arena. Arm yourself with as much knowledge and as many tools that you need to further your understanding of the music or instrument you love, and above else, be creative and enjoy!

Music enables you to tap into your 'creative side'. Every emotion known to man can be conveyed by a passage of music - as simple as a guitar riff or a few notes on any instrument, to a complete 'symphony of sounds'.

Challenge yourself and you'll find yourself learning and trying things you never thought possible. Dare to dream... every journey starts somewhere and never ends as you continue to evolve with the desire for more knowledge whether it be in the form of technique, performing, writing, producing, working with other musicians or anything for that matter. Never assume or think you 'know it all' or your journey will end.

I hope everyone out there reading this story will feel inspired to achieve their true potential. Everyone has a vehicle and if it happens to be music, you are about to embark on an amazing journey...

The following is a song I wrote about my home town through my father's eyes... and mine.

Back to Homepage Back to Top