Power Chords or 5th chords consist of the root note and the fifth interval. They are used extensively in heavy rock and heavy metal music where a lot of distortion is used. If you use distortion over a whole chord it can sound very 'muddy', but played using 2 or 3 notes can sound very clean and effective.

These chords are notated as 5 - a C power chord is written as C5. This means you play the root (C) and the fifth (G). They can also be played with an octave above the root or fifth note. The sound will be a little higher, but it still retains the character of the chord. Here are some examples of how to construct 5 chords:

The 2 most common types of power chords are the 2 note and 3 note chords.

These chords are generally played using a down stroke, playing the bass note first which adds to the fullness and chunkiness of the chord.

The following examples will use 3 - note power chords. If you want to use a 2 note chord, just remove the highest or lowest note, depending on the sound you want.

Please note that this page is also available for left-handed guitarists. 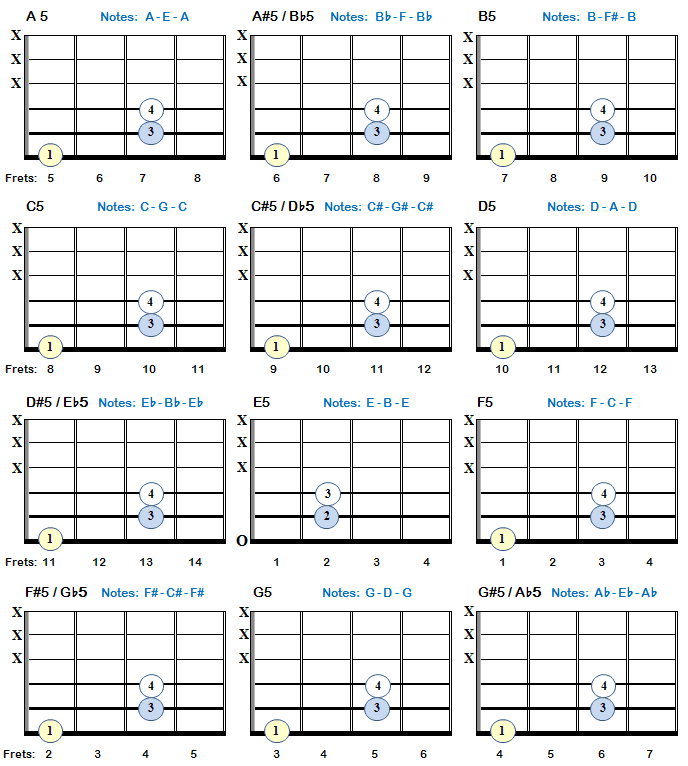 If you want, you can use a mini barre on the 4th and 5th strings with your 3rd finger. This replaces having to use your 3rd and 4th finger. It's entirely up to you, but the more you play, the more you will tend to use the barre method. It's quick and efficient as you only need to worry about 1 finger placement instead of two. 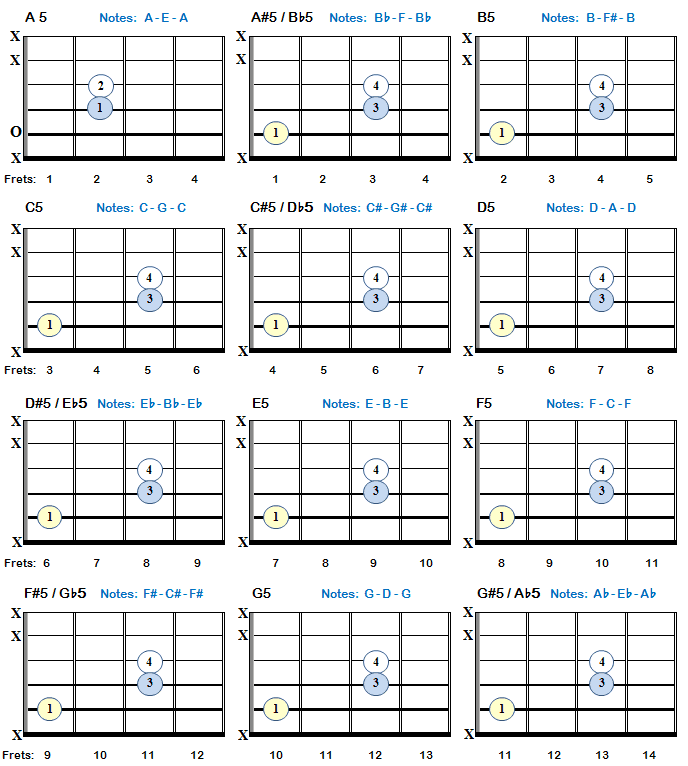 If you like distortion, you will love these chords. They are so much fun to play and can sound awesome in the right situation. Who will ever forget "Smoke On The Water" by Deep Purple... probably on of the greatest guitar riffs ever played.

Here's the TAB for the Riff - Use your thumb and index finger to play the notes. The 1& 2& 3& 4& refers to the timing with each timing count directly above each note.