6th guitar chords - major triads with an added major 6th interval - it has a root, a major 3rd, a perfect 5th and a major 6th.

Put simply, a 6th chord is a major chord with an added 6th. The symbol for the chord is simply 6, e.g., C major 6th would be written as C6.

The featured song for this session is Walk On The Wild Side by Lou Reed. It is a great introduction to playing a 6th chord, and will give you a handy insight into how a 6 chord can influence the overall sound and feel of a song. F6 is used in this song and the following is an example of how to calculate the chord. 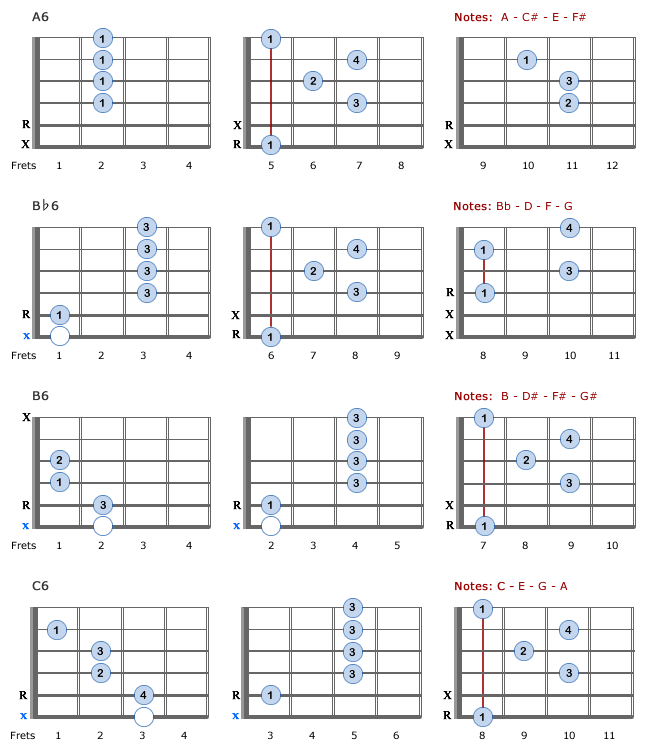 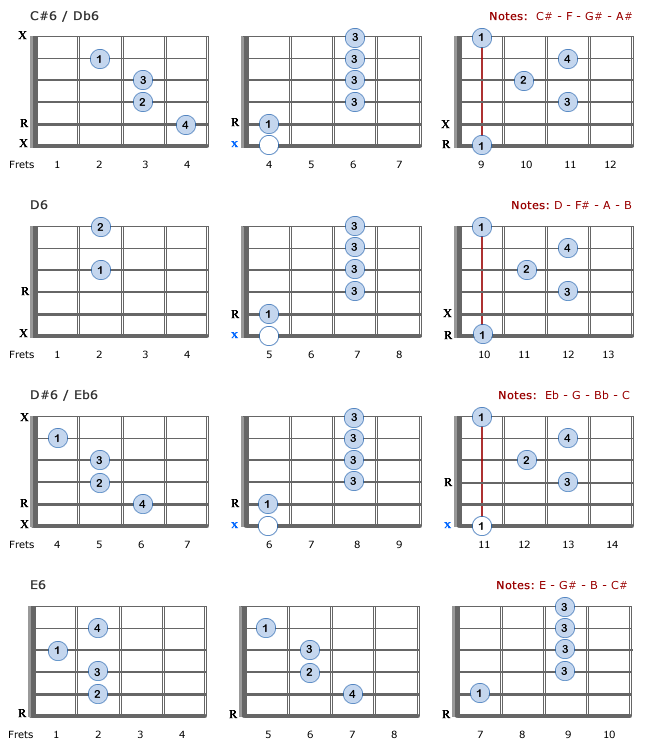 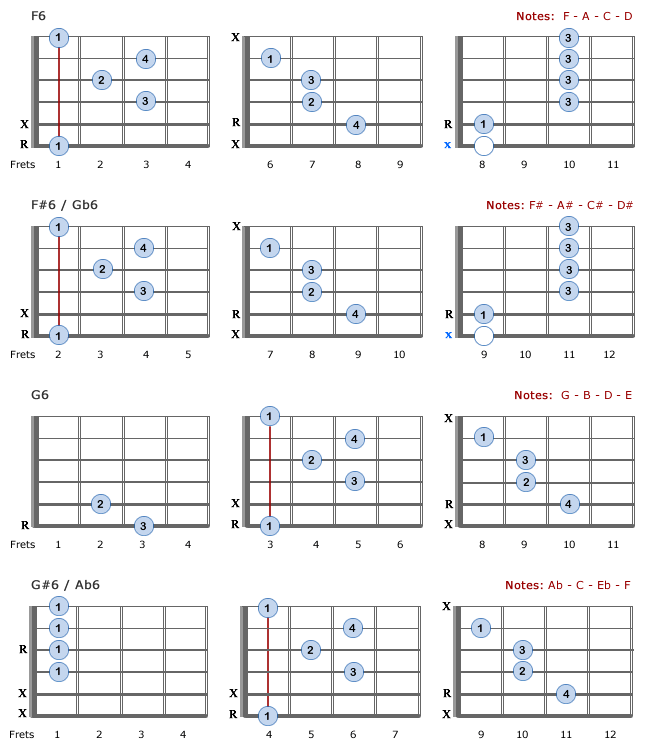 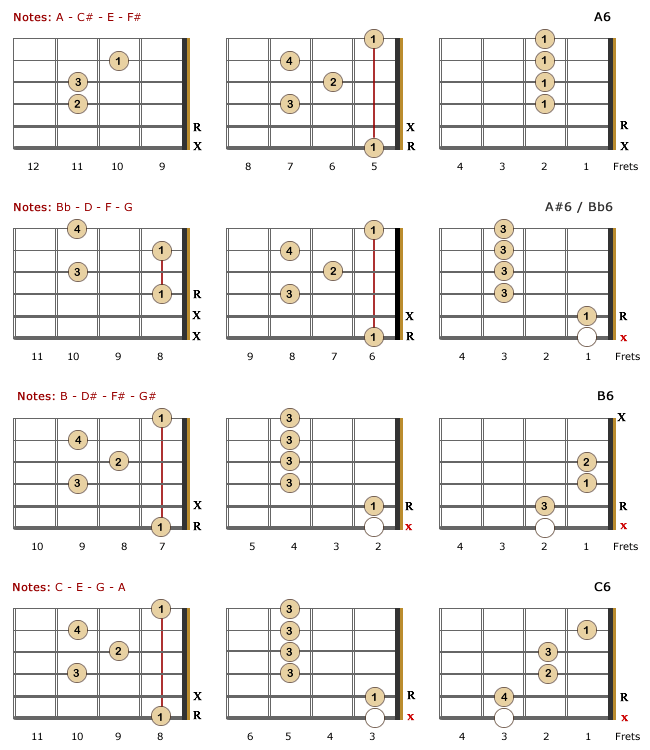 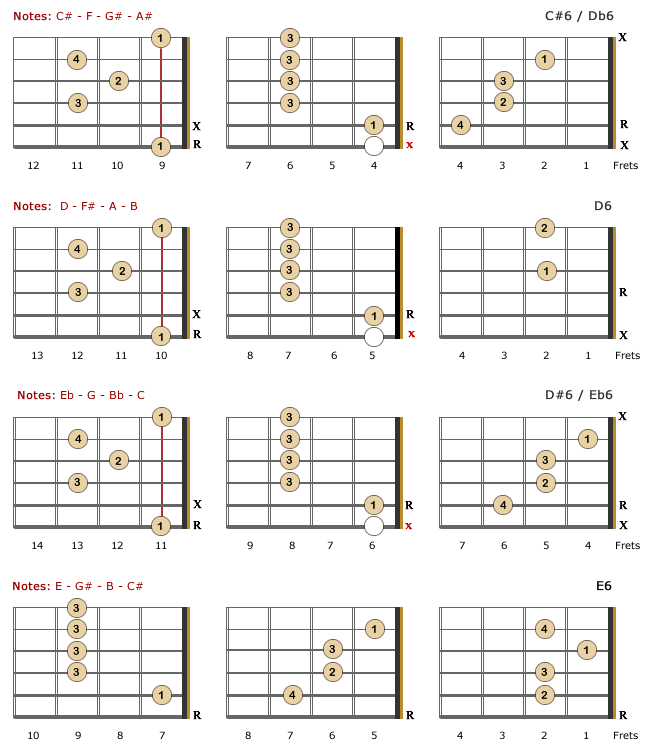 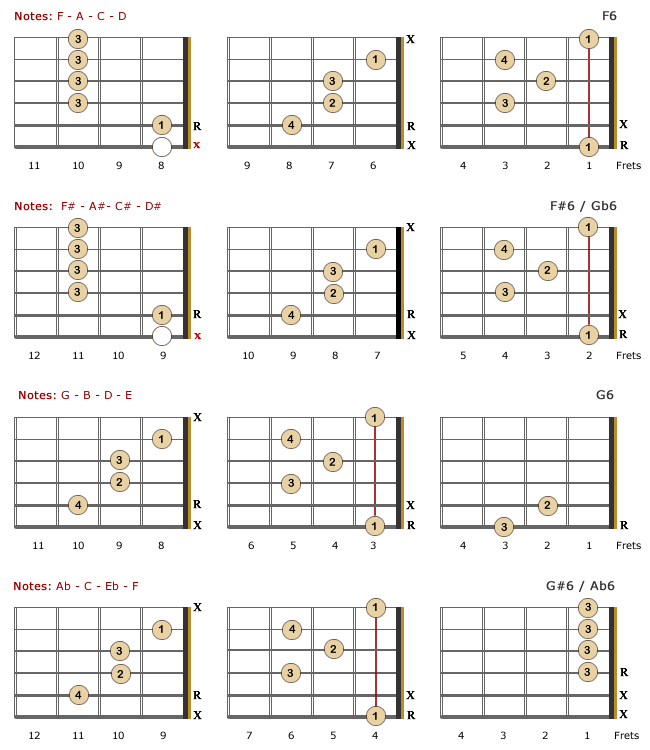 I hope you have enjoyed this section on 6th Guitar Chords. Although 6th chords are not used very often in modern music, they do provide variation and interest.

Play this in 4:4 time, at a moderate tempo. Each chord is to be played for the whole bar. It's an interesting sound and can be a great way to finish a song in any particular key. Next time you play a tune in any given key, try finishing the song with the key 6th chord. See what you think...
Back to Guitar Chords