Diminished 7th chords are dissonant or unstable chords in general need of resolution. They are widely used by jazzists the world over... not as common in mainstream genres.

Whenever you see the term 'diminished', it implies an interval which is one semitone less than the corresponding minor or perfect interval. Consider the following:

dim7 chords are 4 note chords consisting of 3 minor 3rds above the root or tonic, therefore having a root, a minor 3rd, a diminished 5th and a diminished 7th. 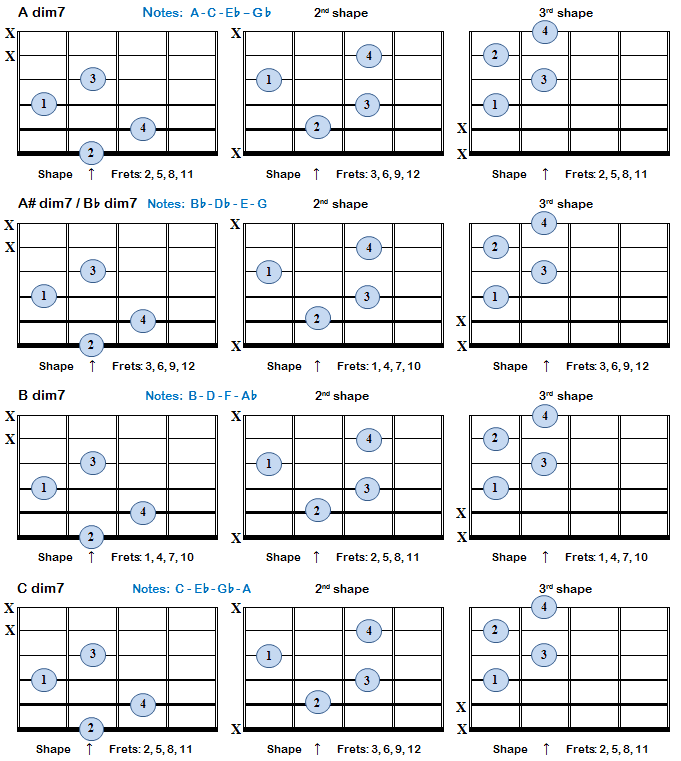 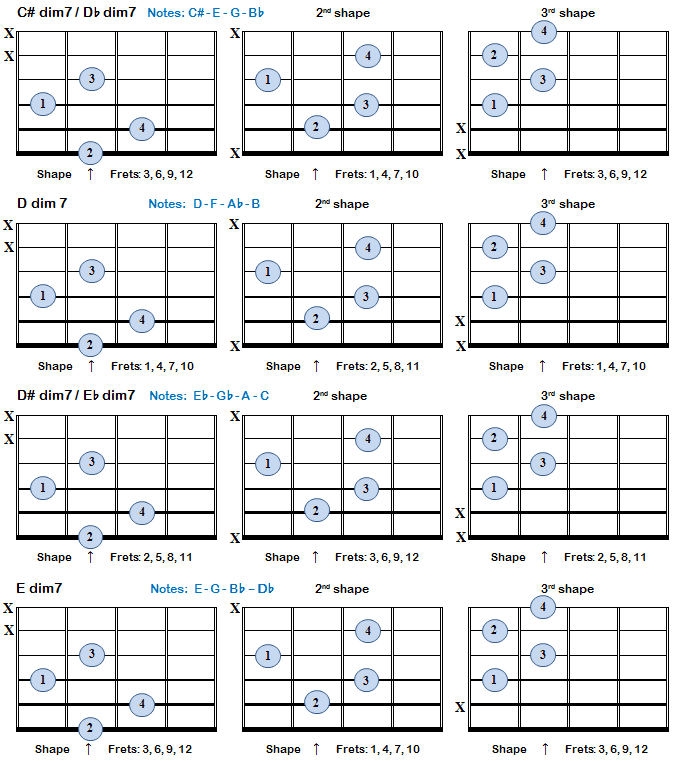 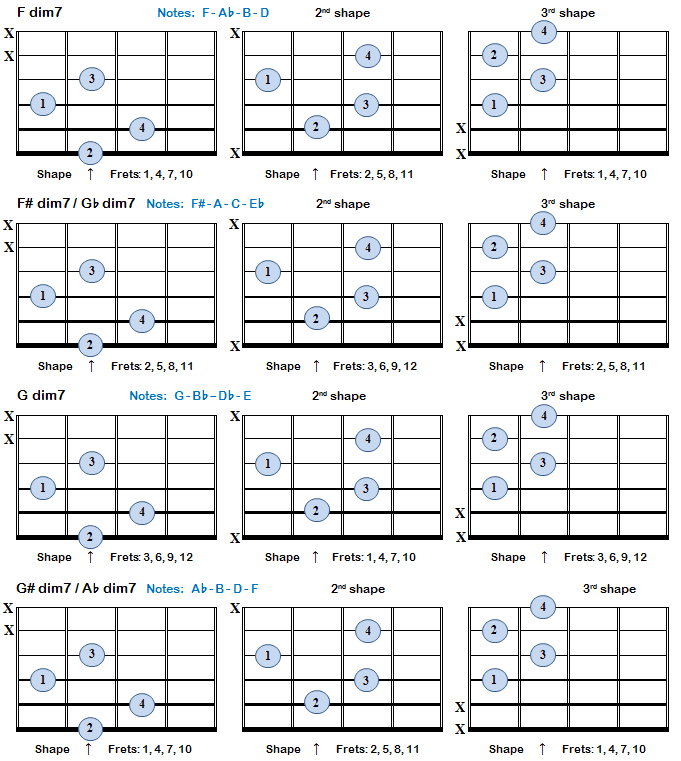 Please note that all chord charts indicate different shapes in different fret positions rather than set fret positions. Generally, there are 3 different dim7 shapes and each one can be played in 4 different positions. Let's say that you like playing the third shape, and you are looking for a Cdim7 chord... as long as the shape stays intact and any one of your 4 fingers lands on a C note, you are playing a Cdim7 chord. The same applies to the other shapes. 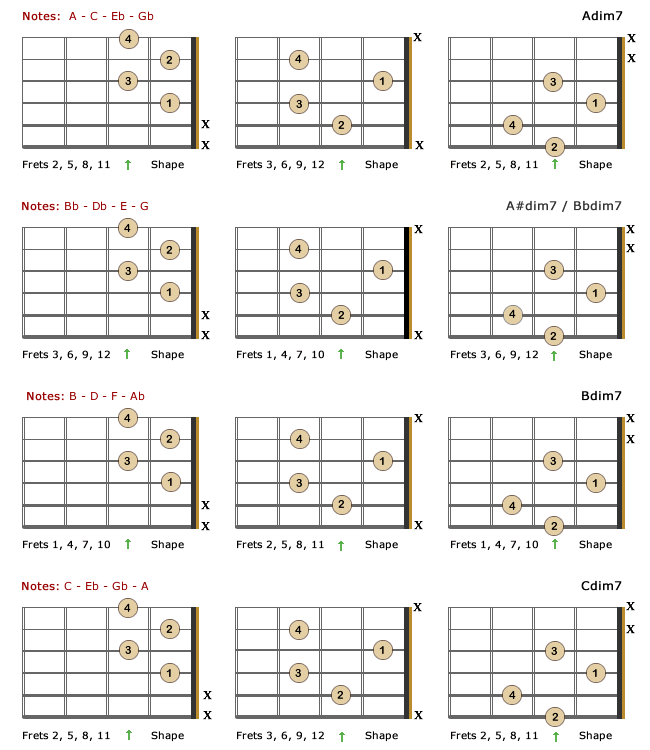 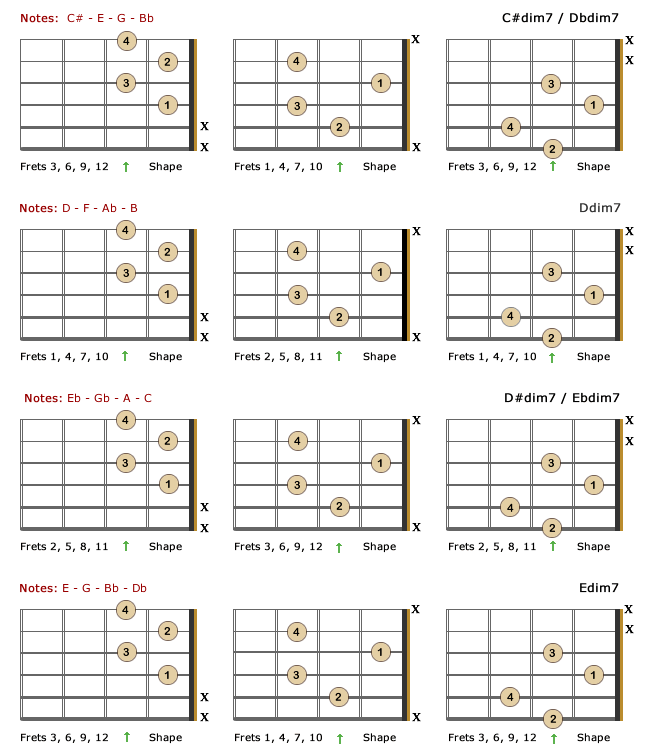 Back to Guitar Chords