Remember that a major third is equal to 4 semitones

We can illustrate this using a Chromatic Scale (semitones only) which is made up of 12 notes each divided equally by 1 semitone - easier to understand in this example. We will use sharps between each natural note starting with C as we are looking at the Caug chord.

Music scales are divided up into 3 Major 3rds. Following from the example above:

This means that in a 12 note scale, there are only really 4 different augmented chords in terms of notes played.

Because of this, there are numerous positions on the fretboard that you can play augmented chords, as you will see on the charts below.

Another example for good measure!

If you look closely at these charts, you will notice that each of the 3 charts are identical in terms of notes played and fret positions. Consider the following:

To read the chart below, the arrow ↑ represents which fret the finger above it is to play. For example: 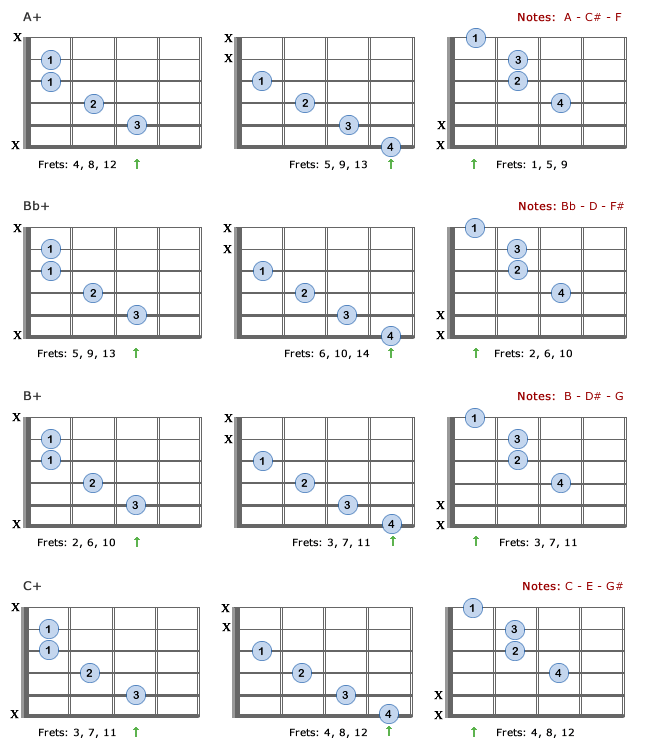 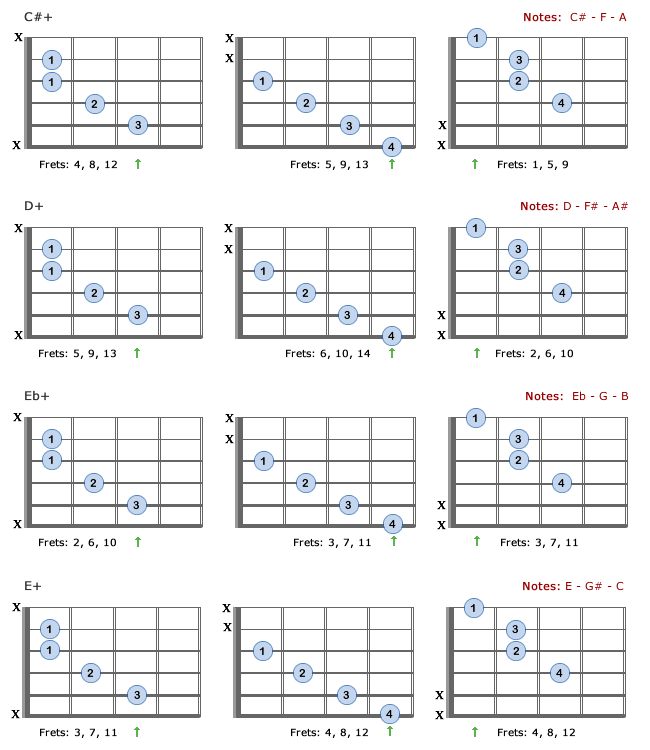 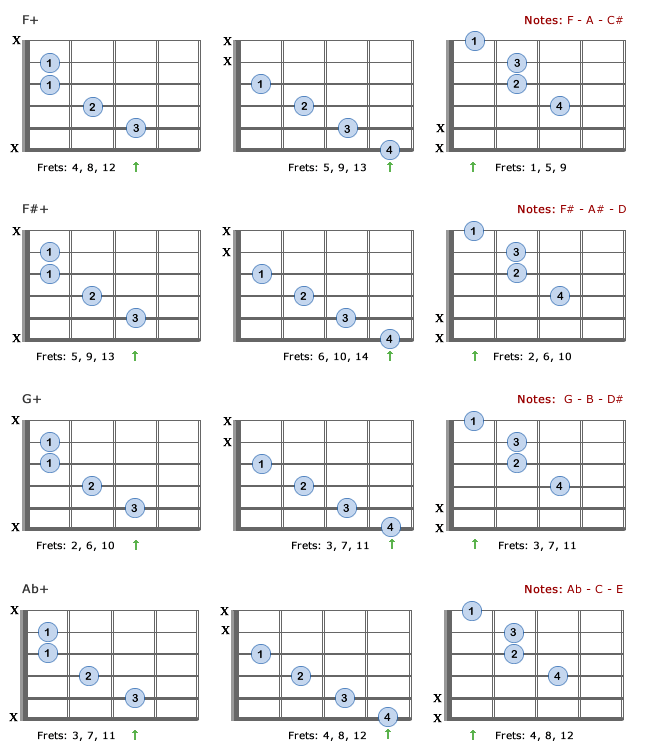 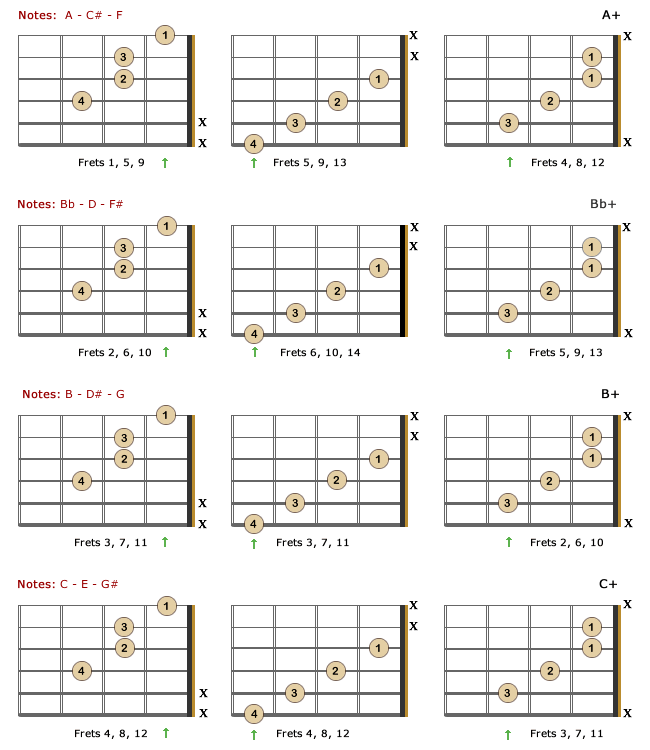 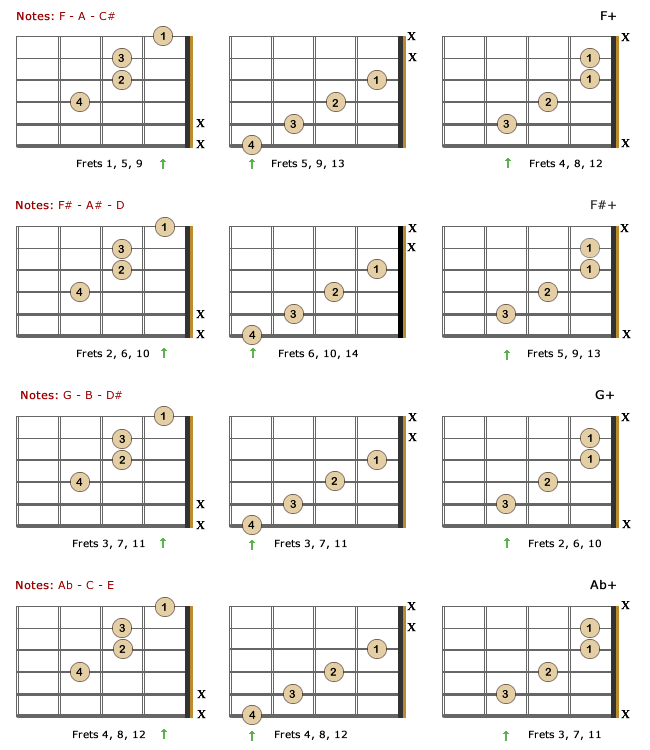 I hope you have enjoyed this session. As you learn more and more guitar chords, you will start to see patterns taking shape. Take note of these and whenever you can, try to remember your chord formulas. The more you play, the easier they are to remember.

Back to Guitar Chords