minor 7th with an added 9th 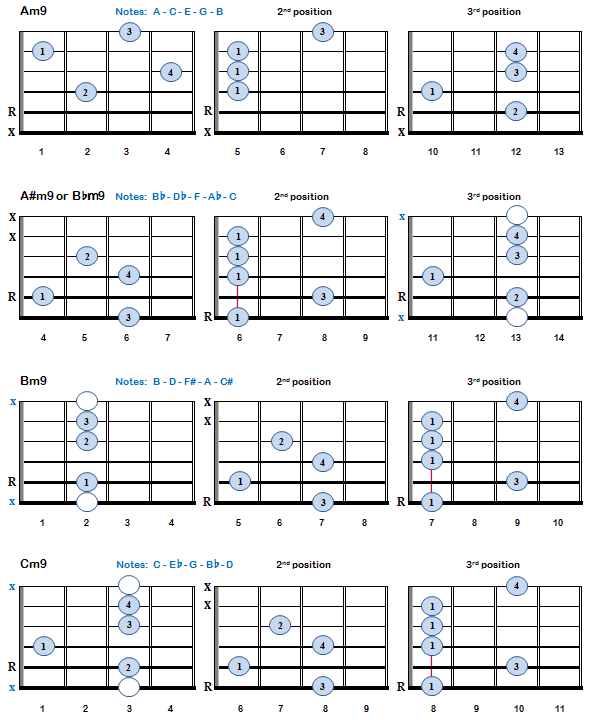 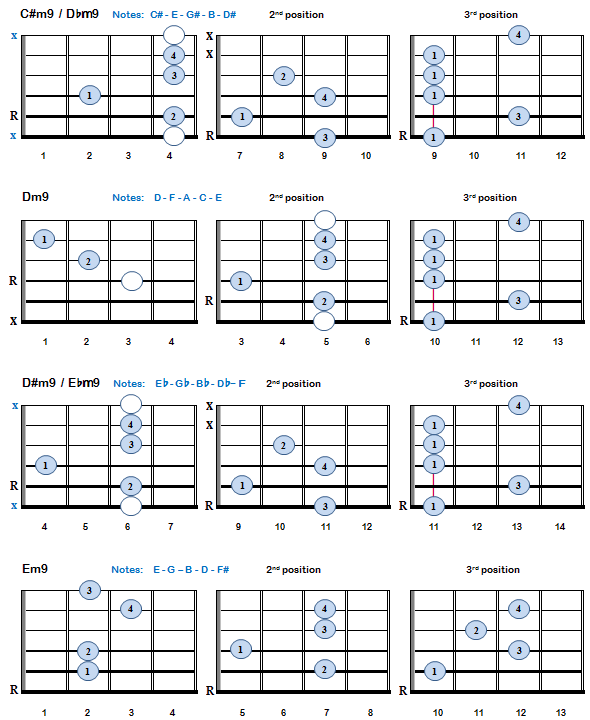 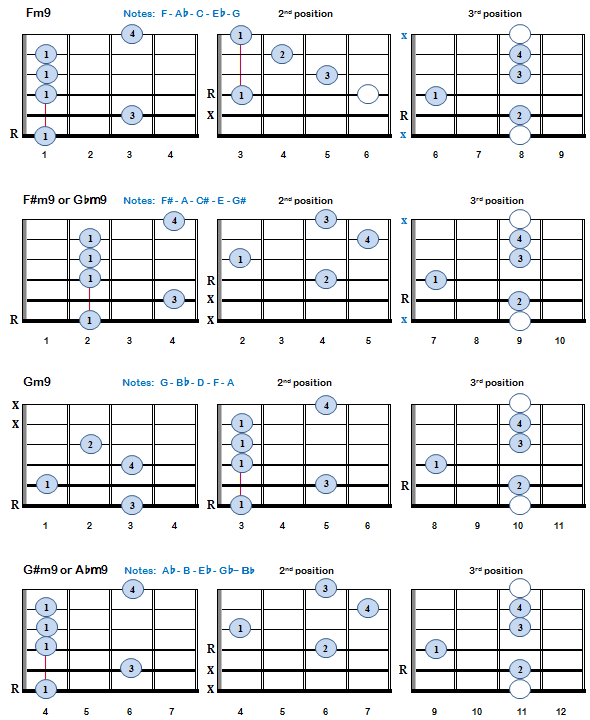 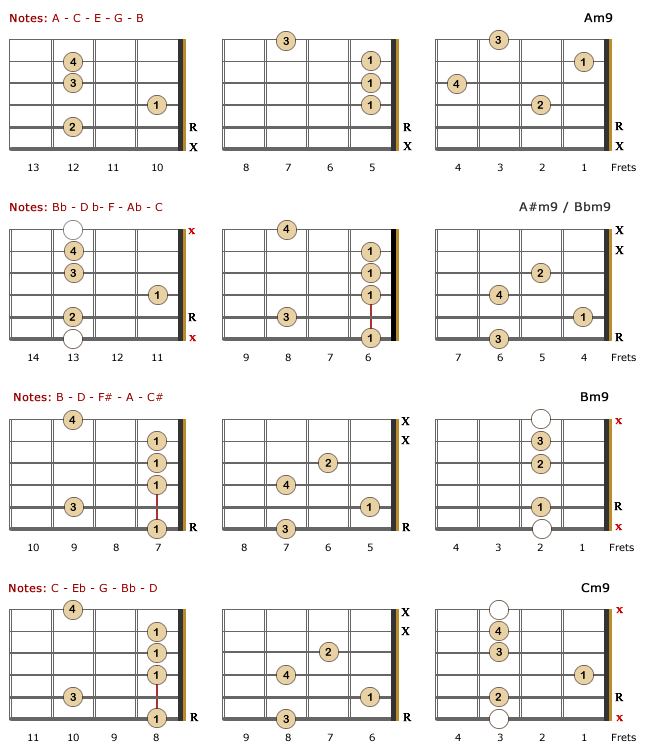 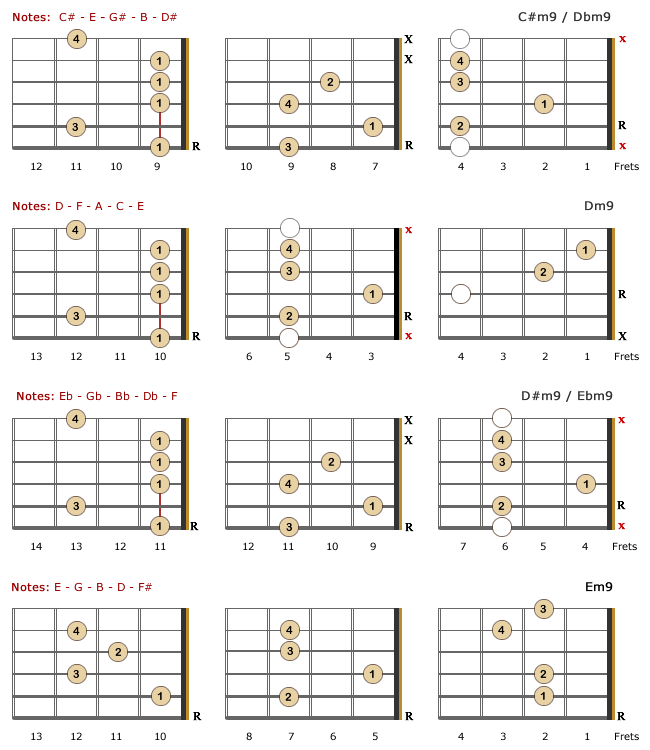 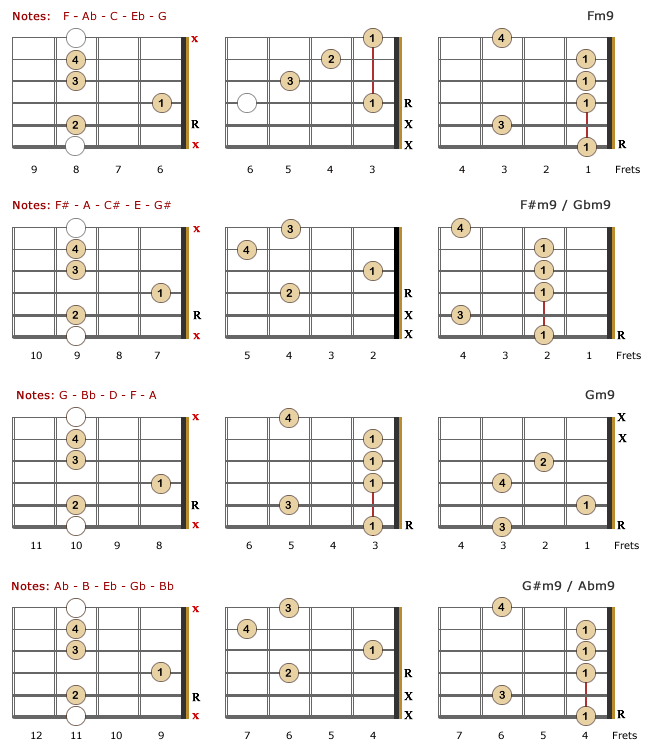 There are a variety of options available when playing these chords. Within each chord position where you have several circles with the same finger positions on the same fret, you can play this as a barre with the first finger, or you can choose to play some of them which can be useful if you are just picking a few notes. If you do omit some of the blank dots on these particular frets accompanied with a small blue or red 'x', make sure you avoid playing the strings, as they are not within the chord structure.