major 6th with an added 9th

6/9 guitar chords are pentad or 5-note chords consisting of a major triad plus an added major 6th and 9th interval above the root ... but no 7th. It has a root, a major 3rd, a perfect 5th, a major 6th and added 9th. 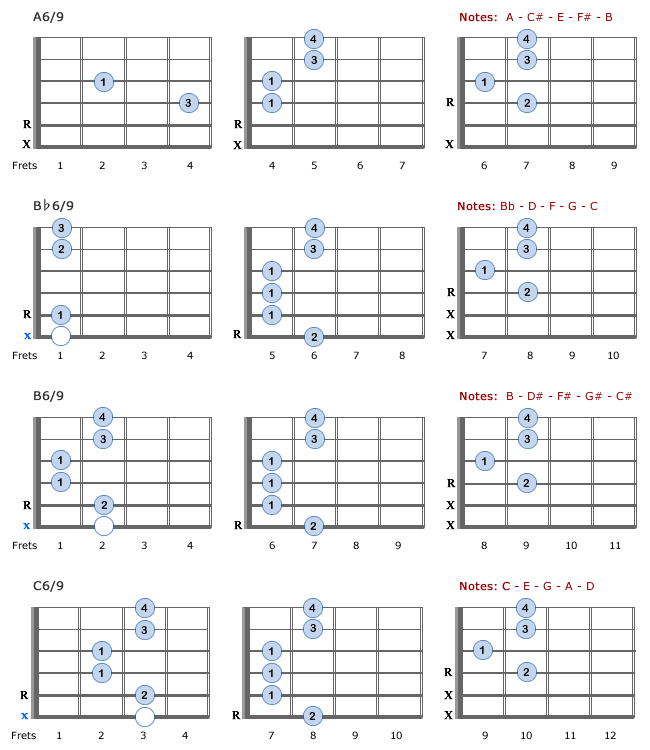 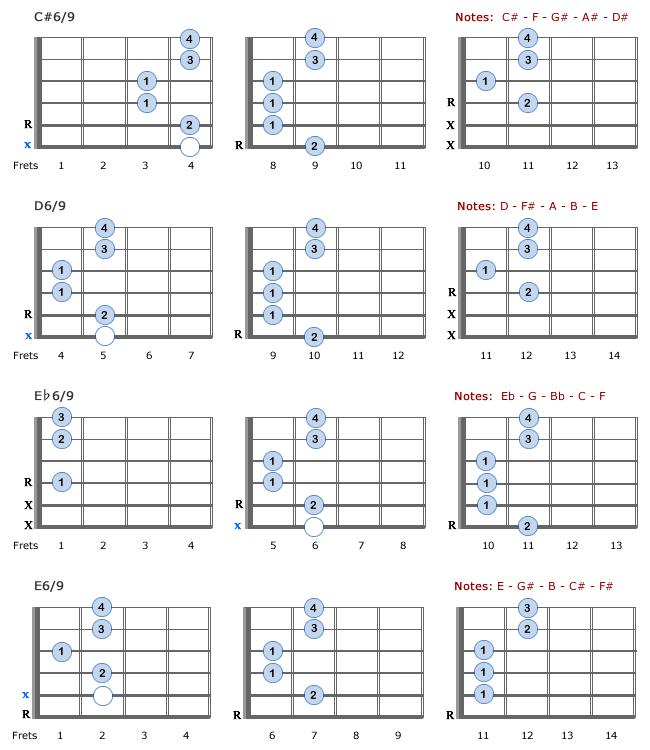 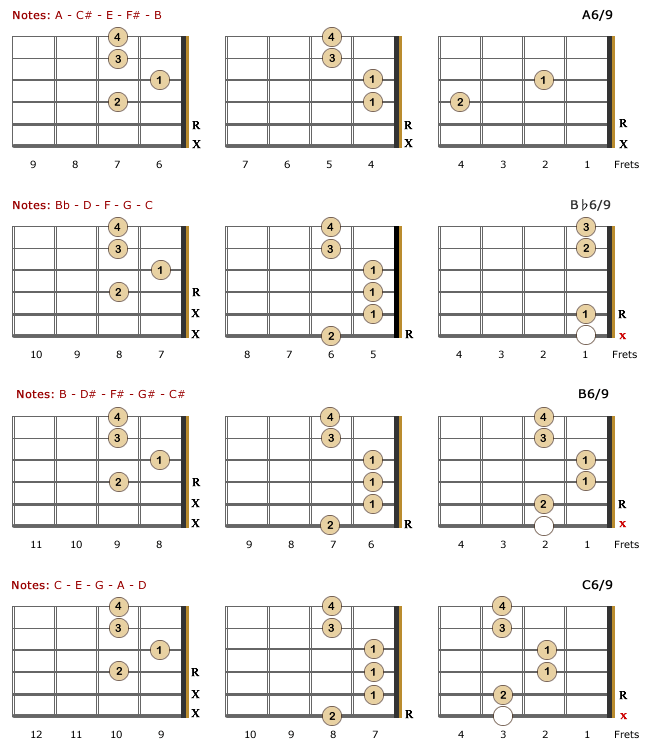 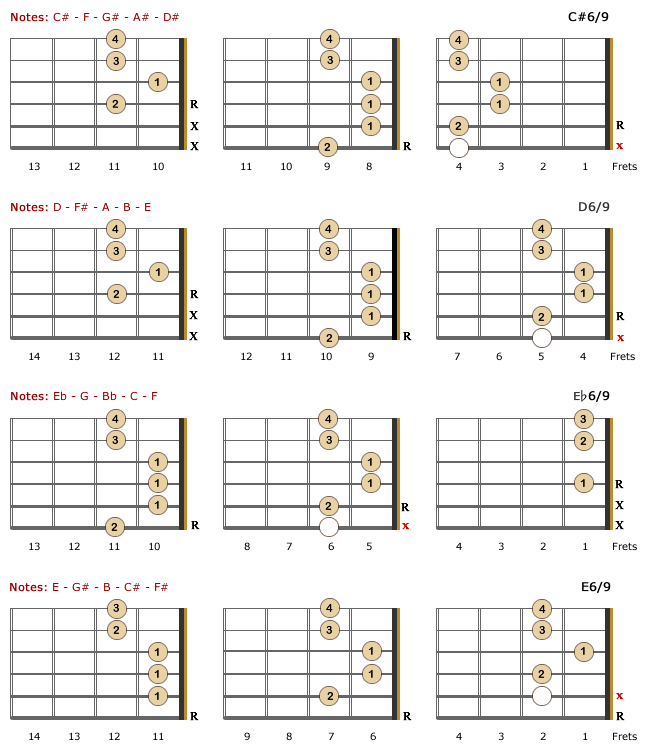 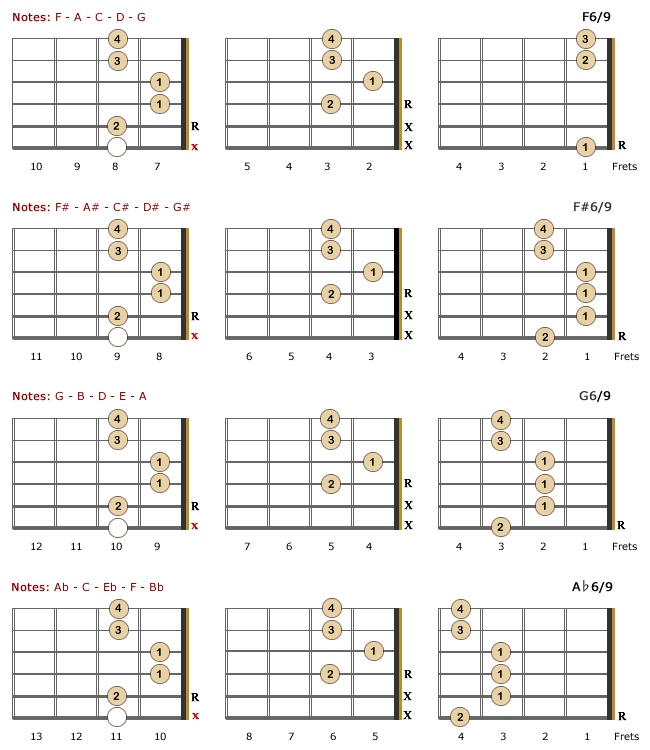 6/9 guitar chords are seldom used in modern music. They are more widely used by Jazz guitarists who are always teasing and tantalizing with a wide variety of alternative chords looking for the perfect recipe to satiate the hungriest of enthusiasts!

Back to Guitar Chords ⯭