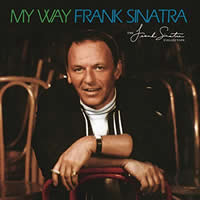 Another song by Frank Sinatra on this site:

New York New York
Back to 60's Music Back to Top