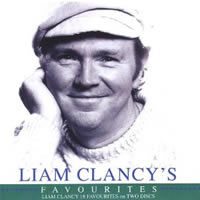 Liam was born on 2nd September 1935 in Carrick-on-Suir, County Tipperary, Ireland. He died on the 4th December 2009 (aged 74) in Cork, Ireland. He was a professional singer, musician and actor whose career spanned decades, from 1955 - 2009.

His instruments included vocals, guitar, and concertina and had past associations with The Clancy Brothers & Makem and Clancy. He was the group’s most dominant singer and is generally regarded as the best Ballad singer ever.

Another song by Liam Clancy on this site:
Back to Irish Folk Songs Back to Top