Please Note: There are several different ways of playing these chords - these are the preferred voicings.

Born: Eva Marie Cassidy on the 2nd February, 1963 in Washington DC. US 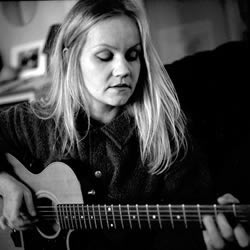 Eva Cassidy was an outstanding American singer-guitarist who was well known for her amazing variations in musical styles including Soul, Pop, Jazz, Blues, Folk, and Gospel.

Eva was born in Washington DC and began her singing career with a band called Easy Street at 11 years of age.

She began work as a session singer around 1987 and sang backing vocals for various local bands. She eventually formed her own band called The Eva Cassidy Band performing throughout Washington for several years.

In 1992 she released The Other Side with Chuck Brown. The album featured songs such as Somewhere over the Rainbow and Fever.

Eva’s first solo album was a live recording from her performance at Blues Alley in Washington in 1996 where she received good reviews from the local media.

In 1993 Eva had a malignant melanoma removed from her back. Three years later after experiencing pain in her joints, X-rays revealed that the melanoma had spread to her lungs and bones. She chose to undergo aggressive treatment but lost the battle and died in November 1996. Her final concert was held in early fall of that year at The Bayou where she performed for family, friends and fans - the final song for her performance... What A Wonderful World.

In 1997 Eva By Heart was released from work completed in the studio during 1996. The album included well-known songs such as Songbird, Time Is A Healer and Wayfaring Stranger.

Eva will always be remembered as 'the beautiful person with the beautiful voice' - a voice full of strength, clarity, warmth and character - a true songbird. Although she died young, she left an amazing number of albums for the enjoyment of her countless fans... myself included.