Capo on 3 if playing with the video 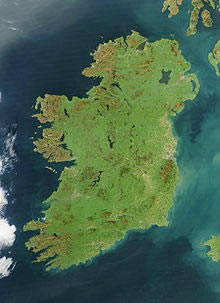 Chorus: Designated for the Anthem

Officially adopted as the National Irish Anthem by the Executive Council on 2nd July, 1926

The song by The Davitts is featured on the album Celtic Anthems - includes other favourite Irish songs of Nationhood.

Back to Irish Folk Songs Back to Top