... that dear land across the Irish sea 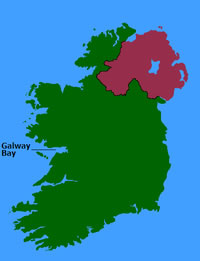 The 3rd & 4th line of each verse is exactly the same as the Intro.

If you are unfamiliar with the song there are a few videos you can watch:

Back to Irish Folk Songs